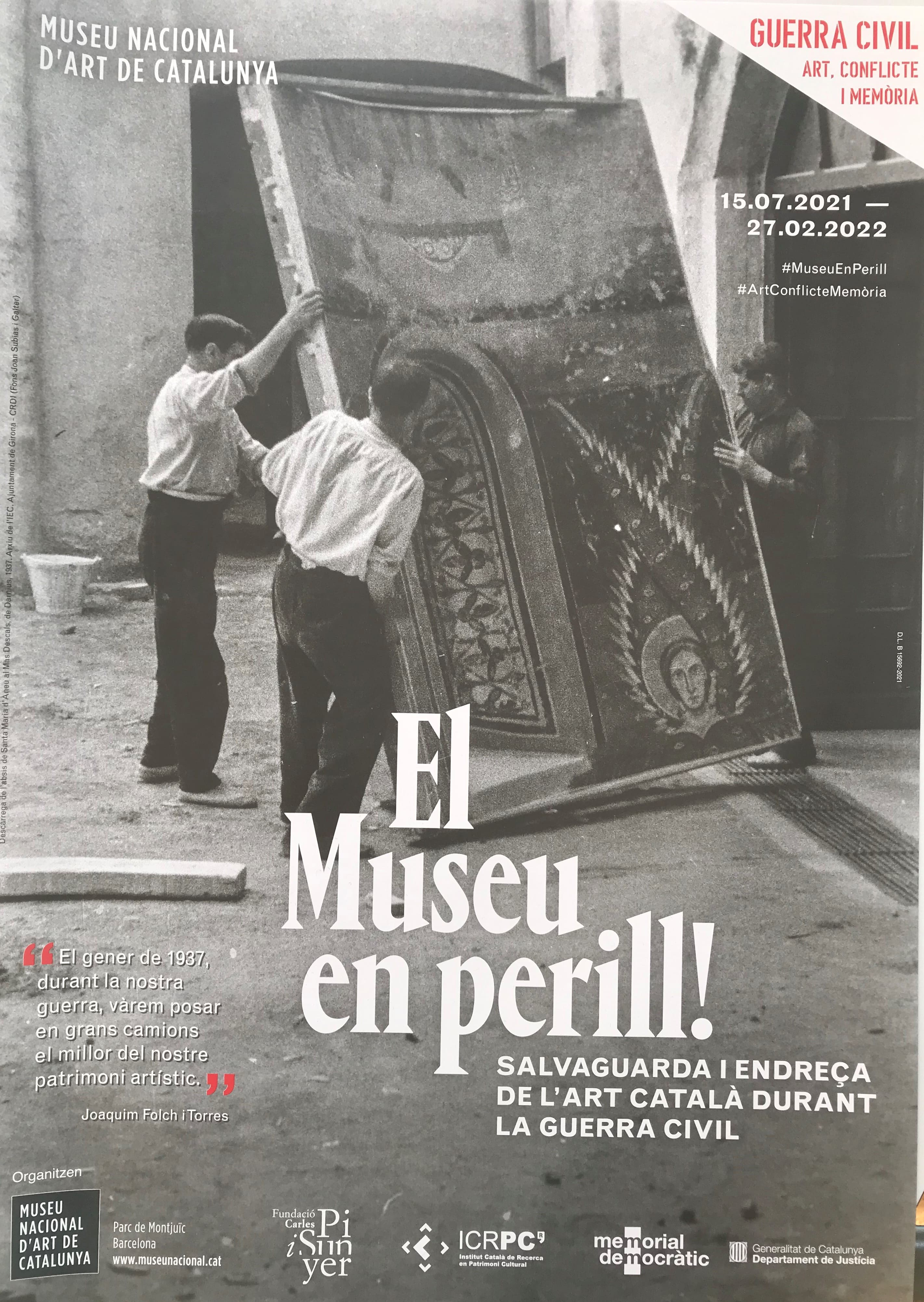 The Museu Nacional d’Art de Catalunya was created in 1934 under the name Museu d’Art de Catalunya, thanks to the incentive of Joaquim Folch i Torres, who implemented an ambitious museum plan for Catalonia in the first decades of the twentieth century. From the very beginning, this institution welcomed the major collections of Catalan artistic heritage, from the Romanesque art to the oil paintings of Picasso. However, the coup on July 18, 1936, halted the trajectory devised by Folch i Torres. The revolutionary upheaval and fascist revolt endangered the integrity of the Museum and its collections, along with the entire Catalan artistic heritage, public and private, religious and secular.

Faced with the destruction of the revolution and the danger of fascist bombing, the Catalan authorities assigned themselves the extraordinary task of safeguarding the artistic assets of the whole territory. Beyond the protection of this heritage, the organisation, classification, cataloguing, documentation and restoration of these assets was also carried out. The result was the first public policy of cultural management of contemporary Catalonia, demonstrated internationally in the exhibition L’art catalan du Xème au XVème siècle in Paris in 1937. The enormous work carried out in the deposits of art all over the territory shows the value given to culture in times of war and barbarity and became an international benchmark in terms of safeguarding heritage. This exhibition raises the issue, one of great scope and complexity, in a general way throughout the Catalan territory. However, for obvious reasons it focuses on the specific circumstances of the collections of the Museu Nacional d’Art de Catalunya. With this exhibition, the Museum aims to recognise the work of all those people and entities involved in the defence and salvation of the heritage in the context of the war. Among these individuals, we give prominence to Joaquim Folch i Torres, the first director of the Museum and an essential figure. Without his contribution it would not be possible to understand the present richness of the museums of our country.

Museum in Danger! will combine different types of exhibits: original works, primary documents, lists, purge records, bibliographical catalogues and volumes, photographs, materials from newspaper and periodicals libraries, films, maps, posters, etc. The visual power of the surviving photographs of those transfers and movements is striking, a veritable treasure that allows us to see the conditions in which the managers and technicians had to work to be able to safeguard and organize the artistic heritage of Catalonia. All this material will show spectators a surprising historical episode.

Joaquim Nadal, director of the ICRPC, took part in the opening press conference of the exhibition "Museum in danger! Safeguarding and directing Catalan art during the civil war" 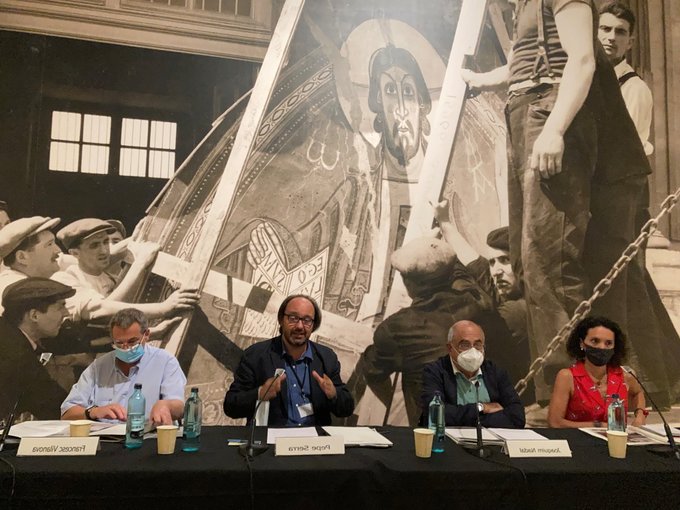