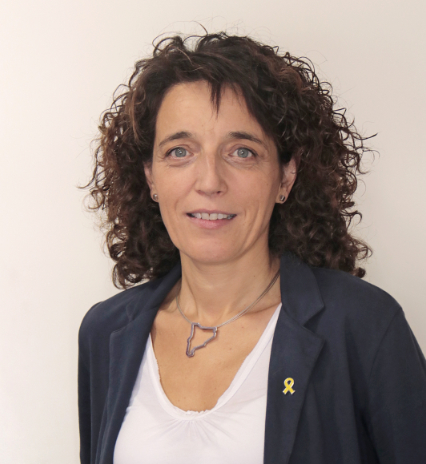 After obtaining her PhD in 2000 with a thesis on the Catalan building guilds during the medieval and modern periods, she embarked upon an extensive scientific career that has produced 103 scientific papers (articles, books, book chapters and congress proceedings) and 57 presentations at national and international conferences. Of particular note are the studies devoted to the repression and exile of Republican architects, which uncover the purges carried out within the profession at the end of the Civil War, and previously unpublished careers of outstanding architects during the Second Republic. She has also carried out significant research on the protection and safeguarding of artistic heritage during the Civil War which has opened a new perspective in our vision of the consequences of the armed conflict on artistic heritage in Catalonia. Since may 2022 is Director of the Càtedra Roses d'Arqueologia i patrimoni arqueològic.

Since 2009, she is a researcher at the Catalan Institute for Cultural Heritage Research (ICRPC) (CERCA-Government of Catalonia) and is responsible for four lines of research that have cultural heritage as a common denominator. These are: heritagisation mechanisms and new uses of architecture; the work of the Republican architects; the Catalan exile in Mexico; and the management and protection of artistic heritage during the Civil War. The latter has been her priority line since 2015. Her studies on the Republican exile in Mexico have led to collaborative projects with the Autonomous University of Mexico and the Colegio de Jalisco (Guadalajara, Mexico), which crystallised in a research stay in November 2016.

She has been a member of several research groups recognized by the Government of Catalonia: 2009 SGR 1065 “Heritagisation and Uses of Heritage”, 2014 SGR 772 “Cultural Heritage of Catalonia”, and SGR 835.

In the course of her career, she has taken part in a number of funded projects. As a member of the research team, in the Spanish Ministry of Science’s R&D projects led by the ICRPC: “Ethnological Heritage, Society and Maritime Culture” (HAR2010-15566) and “City and sea. The heritagisation of port cities” (HAR2013-48498-P).

Between January 2019 and June 2021, she served as Director-General of Democratic Memory in the Government of Catalonia. In this role, she was responsible for public policies aimed at recovering and fostering memorial heritage and democratic memory in Catalonia. These included the implementation of the Catalan Mass Graves Plan and the management and coordination of the independent bodies attached to the Catalan Government, namely: Democratic Memorial (as vice-president), Consortium of the Exile Memorial Museum - MUME (as vice-president), and Memorial Consortium of the Battle of the Ebro Sites - COMEBE (as vice-president). She has considerable experience in outreach activities in the public and private sector. She has curated several exhibitions on architecture at the Catalan Architects Association, published books on architecture, heritage and memory, and taken part in conferences and round tables on these topics.

She has been teaching at the University of Girona’s Department of History and History of Art since the 2013-2014 academic year. Specifically, she teaches the subjects of Cultural Heritage and Museology and supervises this specialisation’s final-year projects. She has also given tuition for the following Master’s degrees: Management of Cultural Heritage at Local Level (2010-2013) and Master’s degree in Cultural Heritage (2020-2021). Jointly with Dr. Saida Palou, she currently co-supervises the doctoral thesis being prepared by Avelayis Nieto, “Tourism as an instrument for the involvement of cultural assets and manifestations in the municipality of Honda” (UdG).