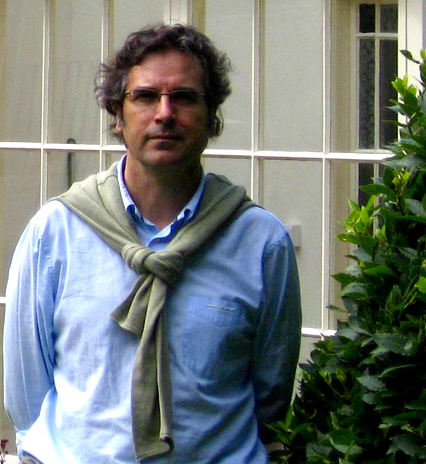 Holder of a PhD in History of Art from the University of Barcelona (1994).Since November 2013, he has been Technical Director of the Catalan Institute for Cultural Heritage Research (ICRPC).He is a tenured university lecturer in the History of Art at the University of Girona, where he teaches subjects including Renaissance Art; Baroque Art in Europe;From Greco to Velázquez; Caravaggio;Flemish and Dutch Painting in the Seventeenth Century: from Rubens to Vermeer; and the History of Culture (modern and contemporary eras). For the master’s degree in Research in Humanities, he is involved in the subject Documentary Sources Used in the History of Art. He has been a visiting lecturer at the Italian universities of Sassari and Cagliari, and an assistant lecturer at the University of Lleida.

He is currently coordinator and porfessor of the Master's Degree in Heritage of the University of Girona.

He researches sixteenth and seventeenth century art produced in Catalonia, and focuses on the critical study and rediscovery of some of the creators of the most significant works in this historical art scene, and on the reception of international artistic culture. He has published books on Agustí Pujol (2009), the art of altarpieces in the Bages area during the seventeenth century (1990), the main altarpieces of Santa Maria in Arenys de Mar (2004) and the priory of Sant Pere in Reus (with Joaquim Garriga, 1997), and papers on Pere Nunyes, Joan Baptista Toscano and Antoni Rovira, among others. He has curatedthe exhibitions Tapissos de la Seu Vella andDe Flandes a Itàlia (both with Joaquim Garriga, 1992 and 1998), Llums del Barroc (2004) and Alba Daurada. L’art del retaule a Catalunya (2006).

He is currently preparing publications on the artistic culture of art workshops in the Principality (based on his studies “La Culture artistique au service de l'art de dévotion: exemples en Catalogne a l'èpoque moderne”, 2009 and “L'Art del retaule: recursos inventius”, 2007) and on collecting in the house of the Toledos, who were the Marquises of Villafranca during the reigns of Philip II and Philip II of Spain.Some arguments on these subjects have already been published in the papers “Paul Bril, Wenzel Cobergher, Jacob Frankaert I, Willem I van Nieulandt y los ermitaños de Pedro de Toledo, V Marqués de Villafranca”, “La fortaleza que quiso ser palacio. Notícia de Camillo Camiliani en España” (Locus Amoenus, 2009 and 2013) and “Retazos del sueño tardorenacentista de don Pedro de Toledo” (Yearbook of the Department of History and Theory of Art, 2009).

He has been received the Special Doctoral Prize from the University of Barcelona (1994), and the Antoni Pedrol Rius Research Award (1995). He is a member of ANECA’s Committee on Doctoral Studies in Arts and Humanities. Between 2006 and 2012, he was a member of the Girona Heritage Committee, and since 2007 he has been a member of the Board for the Classification, Evaluation and Exportation of Catalan Cultural Heritage, which is attached to the Government of Catalonia’s Ministry of Culture.