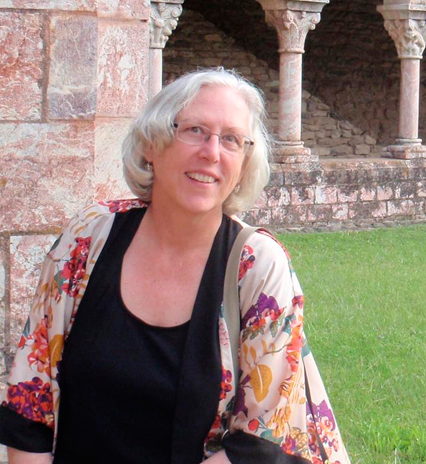 Nina Kammerer, a North American anthropologist, is doing research focused on festival culture in Catalonia and other places in the Catalan-speaking region. She is conducting fieldwork mainly with the city of Girona’s giant puppetry troupe, the Fal·lera Gironina (“Gironan Obsession”). Topics of interest to her include the “backstage” of performances, the social organization of troupes, relations among troupes, voluntary associations, identities, and links between popular culture and the independence movement.

Currently, she is a Senior Lecturer in the PhD Program of Brandeis University’s Heller School of Social Policy and Management in Massachusetts. During spring semesters, Dr. Kammerer teaches seminars on qualitative research methods. Since 2010, she has spent summers and autumns as a Visiting Investigator at ICRPC.

As an ethnographer, she is a specialist in the mountain minority cultures of continental Southeast Asia, specifically Akha, an ethnic group that lives in China, Burma (Myanmar), Vietnam, Laos, and Thailand, where she did doctoral and post-doctoral research. Her articles and book chapters concern the gender and kinship systems of Akha, conversion to Christianity, ethnic identity, and the government of Thailand’s policies towards minorities. Dr. Kammerer is the co-editor of two volumes of essays on religions of the Southeast Asian region.